Working becomes harder as we grow tired or bored. I model individuals who underestimate these changes in marginal disutility – as implied by ‘projection bias’ – when deciding whether or not to continue working. This bias causes people’s plans to change: early in the day when they are rested, they plan to work more than late in the day when they are rested. Despite initially overestimating how much they will work, people facing a single task with decreasing returns to effort work optimally. However, when facing multiple tasks, they misprioritize urgent but unimportant over important but non-urgent tasks. And when they face a single task with all-or-nothing rewards (such as being promoted) they start, and repeatedly work on, some overly ambitious tasks that they later abandon. Each day they stop working once they have grown tired, which can lead to large daily welfare losses. Finally, when they have either increasing or decreasing productivity, people work less each day than previously planned. This moves people closer to optimal effort for decreasing, and further away from optimal effort for increasing productivity. 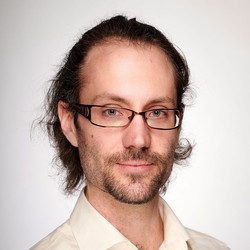 Assistant Professor in Economics and Business

I do applied theory in behavioral economics, currently focusing on projection bias and narrow bracketing. On the applied side, I measure these biases experimentally. On the theory side, I explore how they affect work and study decisions, with a focus on implications for education and personnel management.